Where do I start, this intensive 200 hour Yoga Teacher Training program truly changed my life, or better said: my view on life. I made some incredible new friends and I learned so much about myself and my body. Of course I did not think yoga was only asana’s and suddenly my eyes opened, that was not the issue. Did I think I would go home with a six-pack? Sure… a girl can dream. But what I appreciate most was how I discovered all that my body is capable of. I suffered from a very painful inflammation of my shoulder blade muscles (started the day before my training and I even visited the hospital a couple of times) and I could never guess this would be such a positive thing in the end. I discovered how my body is capable of healing itself, if I am patient and gentle with it. I watched myself getting better every day and I was mesmerized by it. Getting to know my body, getting to know myself, is the greatest gift my yoga journey gave me so far. The next best thing my experience in India showed me: I truly, honestly enjoy teaching yoga!

Yoga Teacher Training in India
There are 1.000’s Yoga Teacher Training Program’s all over India, I did mine in Rishikesh, Northern India and Yogacapital of the world. Prepare yourself to learn a lot about the philosophy of yoga, your chakras, your dosha will be read and you have to memorize a lot of Sanskrit. I spent a lot of time crash-studying Sanskrit during breaks until I was even sweating Sanskrit in my dreams. Not only asana’s in Sanskrit, but also the meaning of yoga according to Patanjali in Sanskrit, it will be the longest words you’ve ever seen in your life. My education was still kind of Western and I could wear long tight yogapants, but I cannot imagine wearing them outside. Perhaps in Rishikesh, where the people are very used to yogagirls running the streets, but I choose to cover my behind as much as possible. In other parts of Northern India I wouldn’t even dream of exposing myself like that, I discovered (although I am brunette) you get a lot of stares as it is. In the first week a lot of people felt detox effects, because the yogic food we got served three times a day is so different from our own diets. Mine is pretty similar at home, but even I woke up in a sweat one of my very first nights. Some of the other students missed alcohol and coffee a lot and some were craving for something fried or a nice steak. Forget those consumptions while following a Yoga Teacher Course, because they are not very yogic to begin with and you can’t find any alcohol or meat in the center of the Yogacapital. What else is different when you decide to do your Yoga Teacher Training in India? Your teachers will probably be devoted Hindu’s, next to their devotion to yoga. The connection between Hinduism and yoga is made a lot, due to the fact yoga has its origin in India and it is part of their lifestyle. Correct me if I’m wrong (I will always stay a student to yoga after all), but a lot of the values of yoga go perfectly with the values of Hinduism. This might be intense if you are a down-to-earth Western girl (or man), but be open to it… it is very interesting! 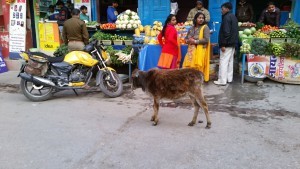 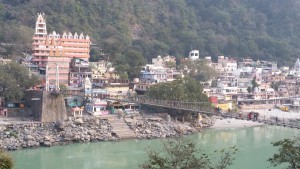 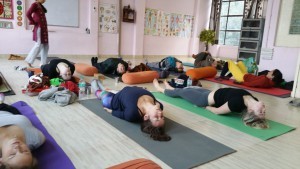 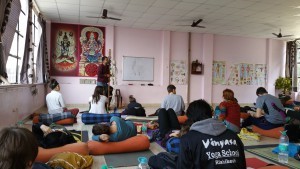 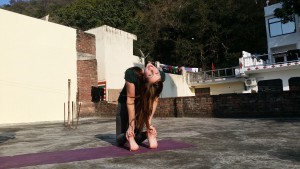 My Yoga Teacher Training
I did my Yoga Teacher Training in Rishikesh, India at Vinyasa Yoga School. They offer a 200 hour Vinyasa Flow program (actually we did the math, it is 220 hours), registered with Yoga Alliance. You will get your own private room in the school itself or on the opposite of the street, they offer three free meals a day and unlimited Chai Masala (yumm). Vinyasa Yoga School is one of the few basic courses that also teach Yoga Therapy, a big plus. Besides Yoga Therapy you will get 4 hours of yoga every day, theory lessons in anatomy, physiology, pranayama, philosophy and meditation. You will also practice pranayama, meditation and last but not least: adjustments and corrections in asana’s. What came as a big surprise, I couldn’t really find it on their website: you will also learn how to teach Hatha! Next to practical exams, there are a lot of written tests and presentations on every subject. Sometimes we complained about the workload, but in the end I was grateful. It means this education does everything to meet the standards and to turn you into a great yoga teacher. What also did not hurt: the great view on the Holy Ganga River from every classroom. Especially at sunrise.

Would I do it again?
Yes most certainly! I cannot compare my experience to other Yoga Teacher Trainings yet, but I feel very content about this one. Do I regret going to India? Not at all! India was on my bucketlist for a very long time. Yoga and this country go very well together. I would also choose Rishikesh again, because I felt very safe and it is also a yogagirl shopping-paradise!

The schedule – monday to saturday (sunday off)

« De betekenis van Ohm
What is Vinyasa Yoga (except for a lot of fun!) »

The Stories of the Psoas part 1

Once upon a time, there was a very mysterious(...)

The Benefits of Meditation

Hip openers, you love or loathe them. For example(...)

What is Vinyasa Yoga (except for a lot of fun!)

Vinyasa Flow Yoga has originated from the most traditional and(...)

Nieuws
Shopping cart0
There are no products in the cart!
Continue shopping
0